I originally inherited this from my godson, who had made it up as a Khornate model, but several parts were broken, and it was a bit of a mess. Perfect :) 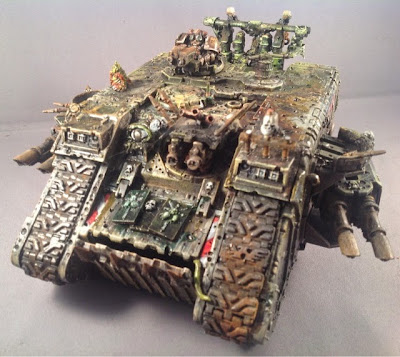 The first thing I did was get my Dremel out, and I spent a fair while adding a multitude of holes.

The painting was really a case of slop stuff on and build up layers of slimy waste.

The rust work was done with IXI metal paints, which are no longer available (I believe Humbrol do something similar now). I used their Iron paint on the tracks and guns, then added rust activator and left it to do its thing. 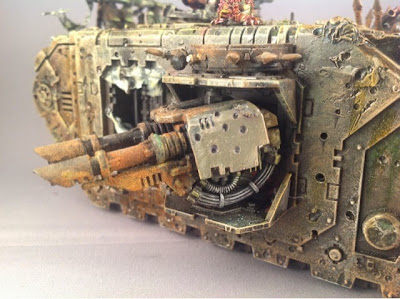 The front hatch was sort of working, but doesn't close properly. Here it is open and closed 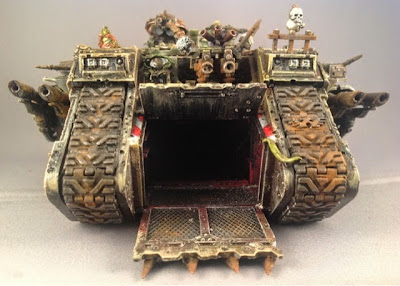 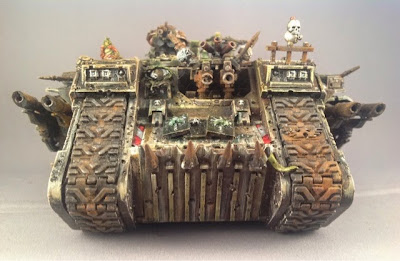 You can also see the green stuffed eye, next to the heavy bolter. 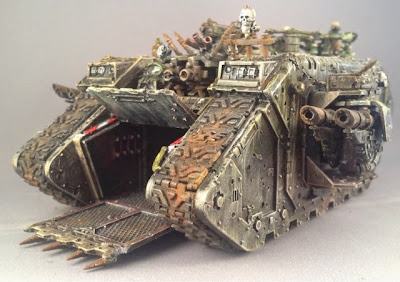 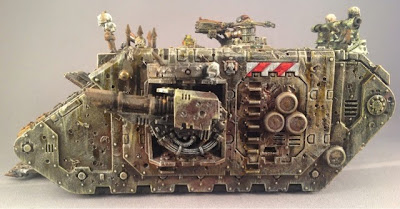 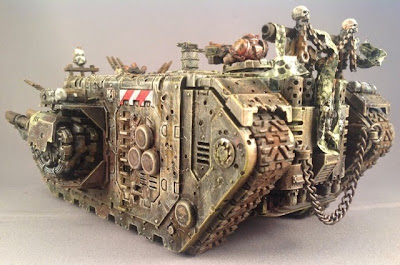 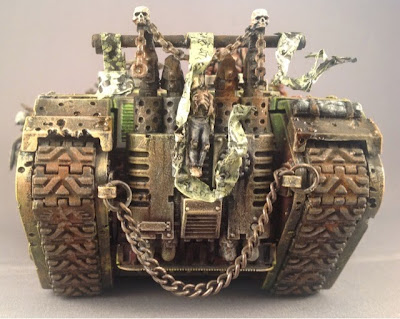 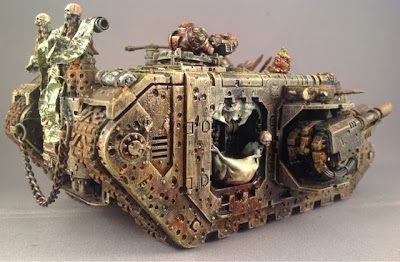 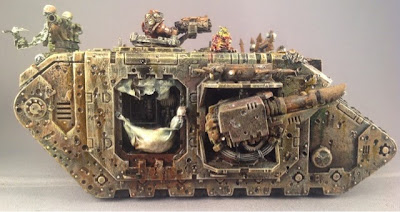 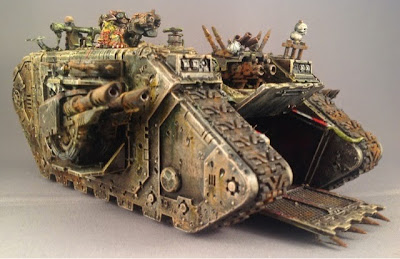 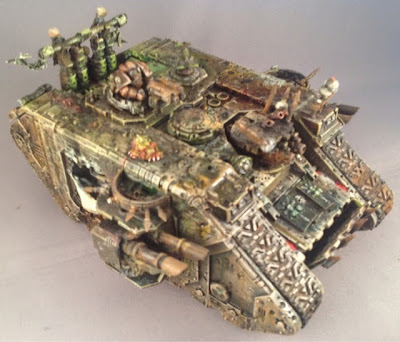