The final (for now) batch of Chaos Space Marines. 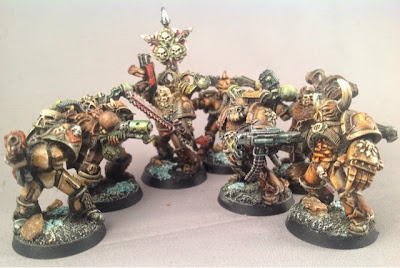 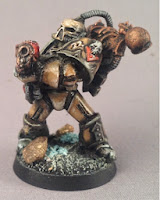 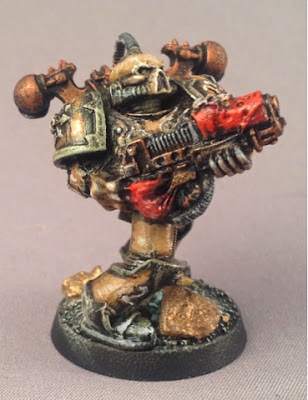 He's a metal torso and arms on a pair of plastic legs. Head pipe is made from a guitar string. 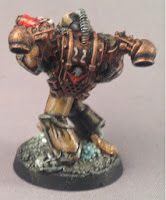 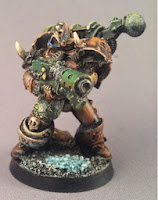 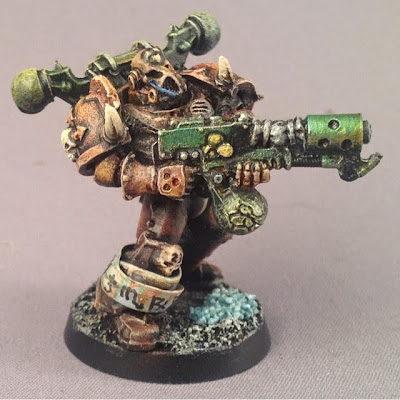 He's a metal flamer guy. Paper scroll. I think the shoulder pads are non-standard too. 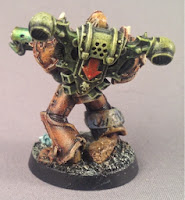 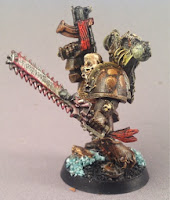 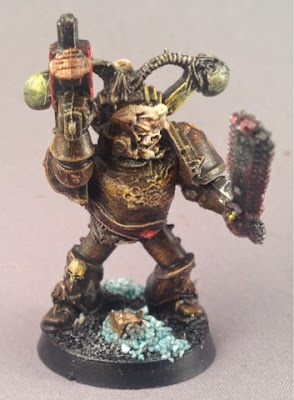 Smash mouth's disease has allowed him to survive a direct hit to the face. Not much left of it though. Metal marine with original box bolter arm, chaos space marine box chain sword and alternative backpack. 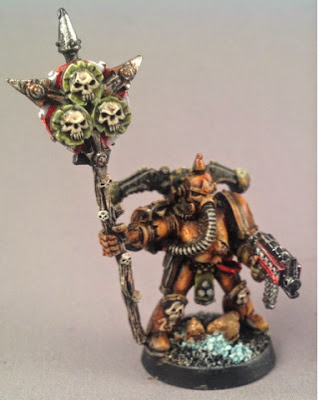 Metal, and pretty much straight from the packet apart from alternate backpack and bolter arm. 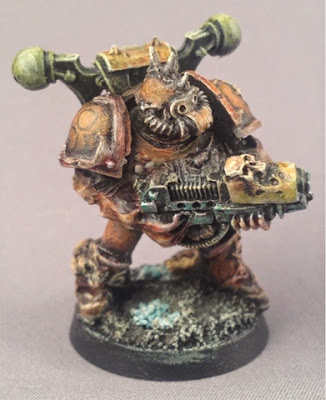 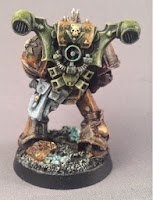 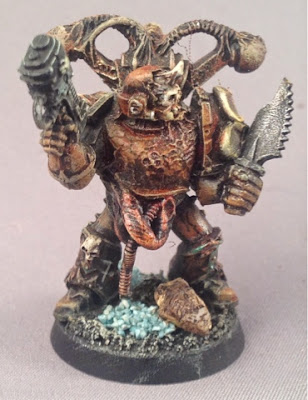 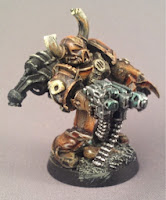 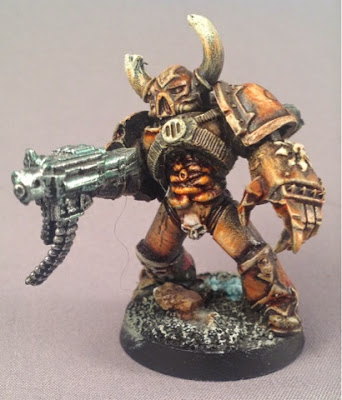 Mostly chaos space marines box but with guts from zombie box, combi-bolter has a strapped on dark future gun.

Still a few more bits to show on this army, but that's all the marines for now. I have enough spares to make up 29-35 should I ever need a fifth squad.