So finally some progress on this project. I finally found a pen that would not bleed over the watercolour that I really really shouldn't have used.

Armed with this fine instrument, I completed the lining on the frigates and escorts. Being the wargamer that I am, I also decided to magnetise six bases and both these 12 spaceships and 6 Icarus medium flyers for Dystopian Wars. I took copious photos of the process, which I'll share in another post.

So, after abortive attempts to make the destroyers balance (I'd say impossible, as the centre of balance is thrown off by the metal engines and bridge), I glued them to their bases.

The destroyers and the dreadnought have also seen the white pen, and now await super detailing. My project edges closer to completion, but I won't be dashing out to buy more RSN until we actually play Firestorm Armada. 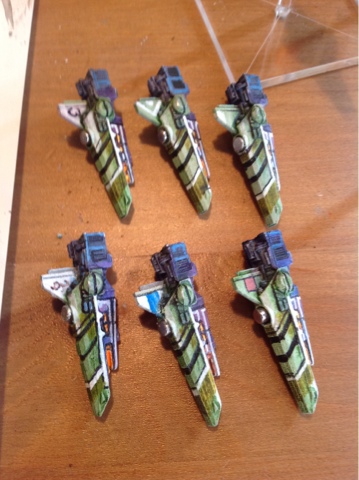 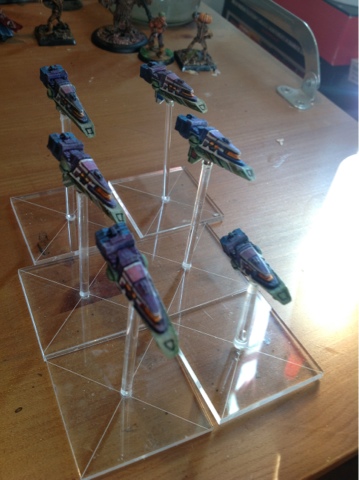 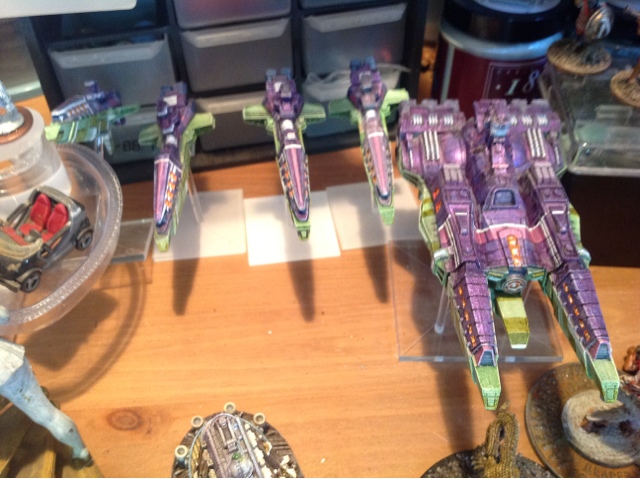 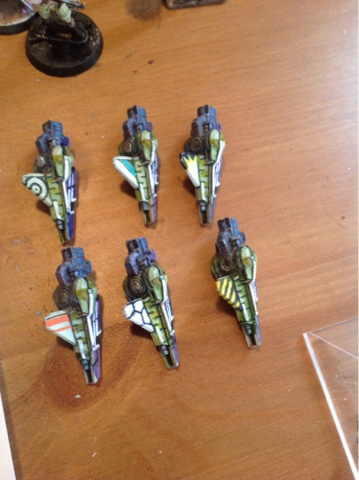 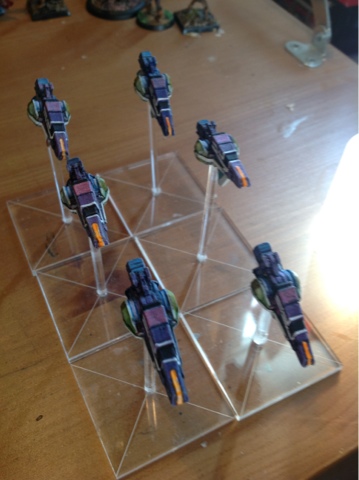