Last weekend was the Sheffield Triples wargames show, so it was a chance to pick up some of the bits I needed for this army.


I needed some tufts for my bases, which look quite nice when applied 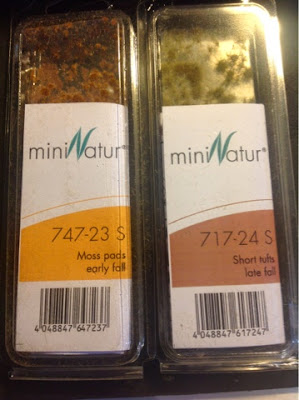 Here are some more shots of peltasts with these applied; 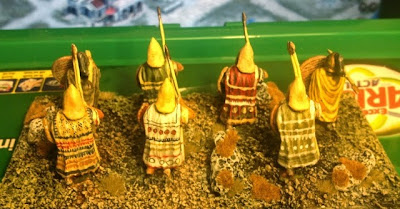 I mentioned my later Spartans from foundry, here's WIP on those; 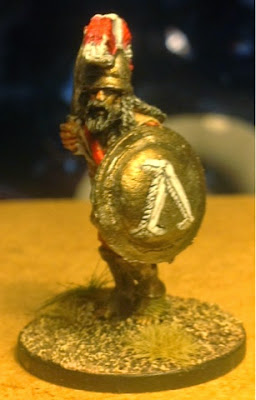 I picked up some other foundry Greeks at the show, though these are character figures really. 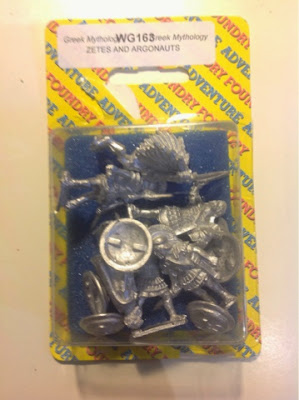 Although, if I base them up on 2p coins, I can add them to sabots like this;

My main purchase was some Victrix peltasts, javelin men and slingers: 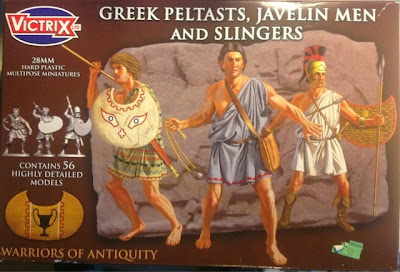 Here's a look at the sprues;

56 figures in total, and I picked them up at nearly a fiver off list price, which was nice.

Other than that, I have 'finished' one of the unarmoured Vendel hoplites. Still really not very happy with it though. I'll get the spears and shields on them all, and they will have to do. 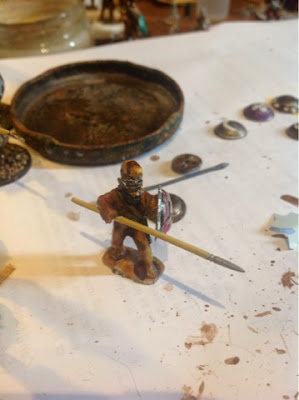 As with most gamers, I always seem to have multiple projects on the go. Well I'm glad to say that this isn't one that I have just started, it's been an ongoing project for many, many years.

Back in days of yore (We are talking 70s here), I made my first army, which was a minifigs 25mm Spartan Greek force.
Over the years, most of the hoplites disappeared, I think into my 'friends' collections, leaving me with a few bits and bobs. In the heady days of citadel RuneQuest miniatures, I secured myself several units of the hoplites and swordsmen from that range, which remain until this day, unpainted.
Come 2005, and the miniatures from Vendel had piqued my interest: 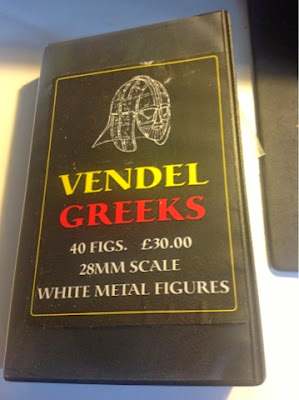 In this VHS box, 40 miniatures that made up all the ranks necessary for a block of troops, spears bristling.

Over further shows, I picked up some Foundry Spartan command, although looking through my reference material, those miniatures are more for the Peloppenesian war period - the aim of the 25/28mm force is that it is 480bc - the Persian wars.
So my heavies are pretty much all sorted, but I am sorely lacking in light infantry. One of the groups that did survive were minifigs Thracian peltasts, so a couple of years ago I touched them up. A couple of generic peltasts from minifigs made a workable unit. 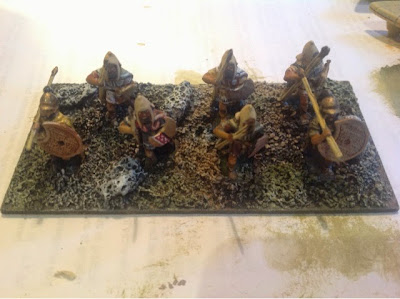 They're not the world's best miniatures, but they'll do until I get something better. I've based them for impetus - units are determined by bases size, so one can put as many or as few as required on the base.
Other miniatures that survived from the minifigs days were some cavalry, with cuirass and boiotian helmets. As they're skirmishers, three to the base suffices. I need to drill the broken javelins out of the painted one's hand, and paint the other two riders, but I fixed up the old horses and got a base made: 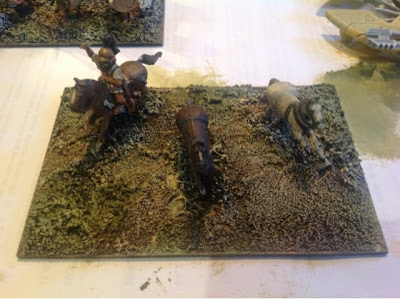 Back to the Vendel troops, I made a start on two ranks when I decided to use Impetus. I got a fair way through, but they are very uninspiring to paint. Anyway, they're back on the table with a need to just get them finished and based so I can get on to better things, and maybe some more from that box. 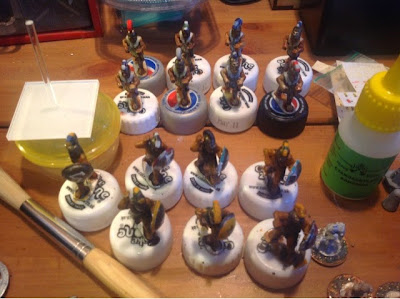 These guys are mainly mercenary troops, so they have many varied shields.

So where from here? Well, A box of immortal plastic hoplites (now released by Warlord) is sitting on the shelf here, if I add a box of their classical hoplites, that should b more than enough to make my Spartan main force. I see Victrix now do light infantry, so that will probably be my next purchase.

In the future, better miniatures will replace and expand the cavalry and peltasts, but who knows what will happen.

So I've done some work on the terrain pieces I bought at Salute. A quick raid on my bits boxes and the four cheap Amera buildings got some tech. 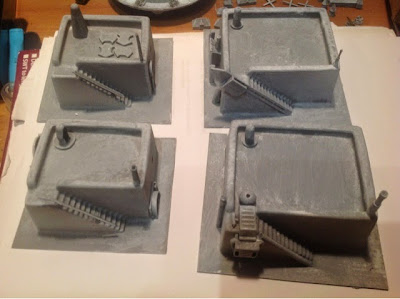 They've been undercoated with Halford's grey primer and then dry-brushed with white in this picture. Next, I used a cheap Americana (read folk art) yellow ochre to provide the basic imperial khaki base colour... 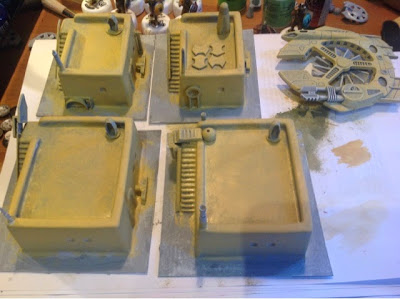 You can also see the matchbox imperial ground attack aerodyne getting the same treatment in the corner there. Here's how that one got to that state too. 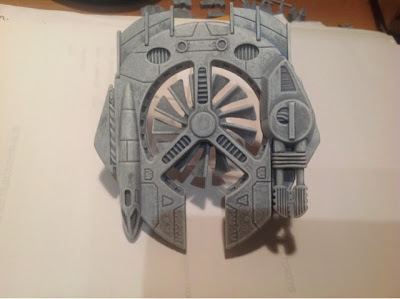 Other recent acquisitions have been some transports for the redemptionist forces in the form of republic gunships: 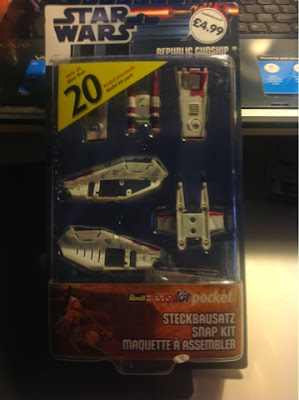 I'm still looking for the right decals for my other vehicles, but I'll update you all when they get sorted.

It's Sheffield Triples in a couple of weeks, so I'm hoping to find something suitable there.