I started this army a way back, in 2003/4. I'd been out of the hobby for some time. Eyesight issues had stopped me painting about 10 years before. So I painted a few models up again with daylight lamps and various forms of magnification.

After picking up some cheap plastic plague marines, I resolved to make my marines all different, a conversion on every miniature. That, I thought, would get my skills up to scratch again. So these are essentially early attempts from me, there's probably a fair bit I'd do different, were I to do it again. 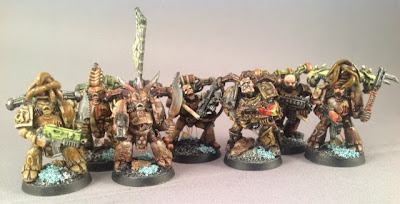 Each marine that I finished got a number on his leg, starting with... 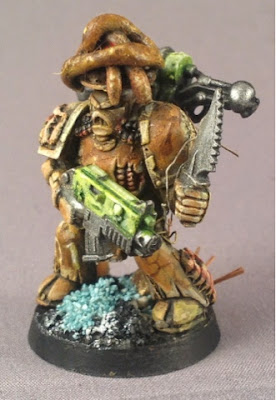 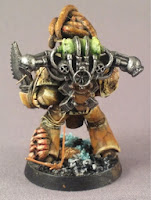 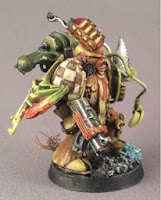 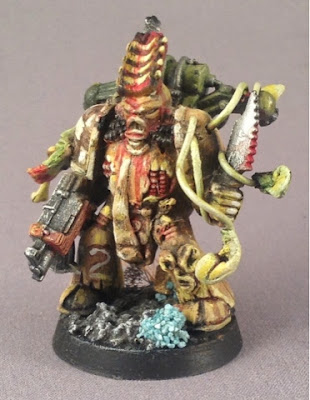 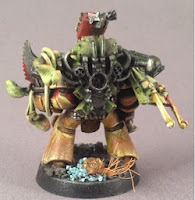 A lot of green stuff, wire and Kroot bits. I think I went a bit OTT on this one :) 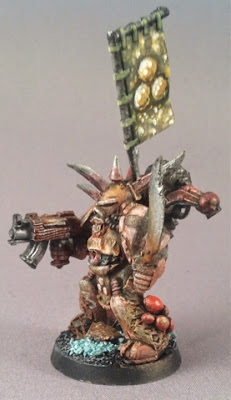 He has blades and spikes from my bitz box, green stuff balls, Dixon miniatures Sashimono, and an old metal curved blade that I have no idea what it's from. 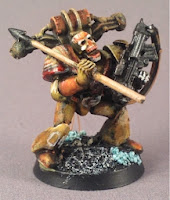 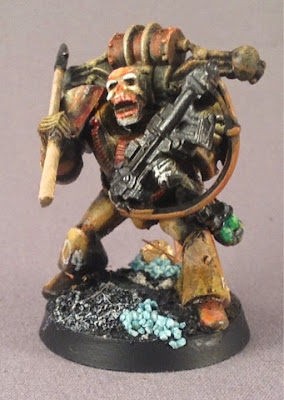 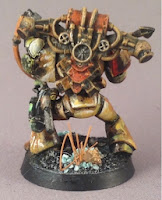 I wanted this army cheap, so this is a repurposed RTB01 marine with an old plastic skeleton head and a spear from a drastic plastic Orc. The bolter is from Dark Future, and the strap was given me by a mate. A Kroot pistol and a backpack from somewhere else.

All bits were from my box, so it essentially cost me nothing. 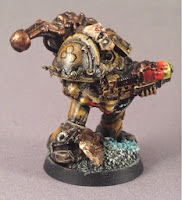 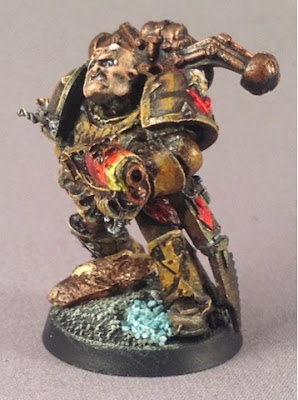 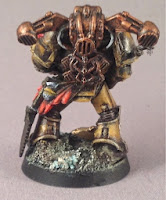 He's a metal heavy weapons guy with a different backpack and a blade strapped on his leg. 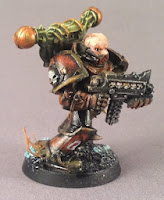 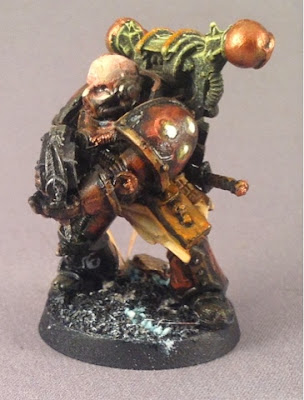 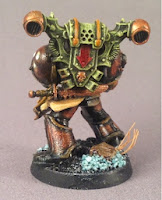 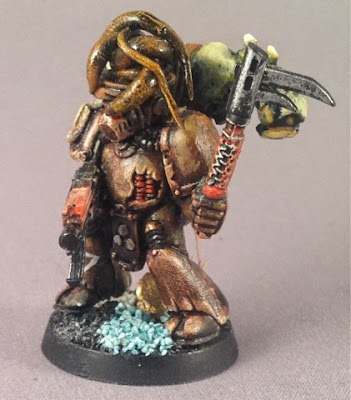 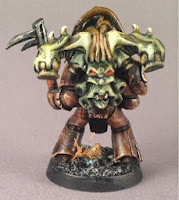