I have a new project, and it's all about the 15mm. Laserburn is an old set of SF combat rules, written by Bryan Ansell (Founder of Asgard and Citadel miniatures) and considered to be the precursor of Warhammer 40k.

I have a considerable amount of 15mm SF which is 'just sitting there' - some of it painted, some not, but most of it is from the original Laserburn range (now produced by 15mm.co.uk, though I'm a little hazy on their right to do so).

I've decided that all the miniatures will be based on penny coins (with the queen's head down of course, as it's still an offence to deface a coin of the realm). The mounted miniatures will go on 2p coins. This is of course the cheapest basing option ever.

However, due to the ground scale being quite small, I've had to scale all the maps and templates up 300%. This effectively means I could use them for 28mm, but it will just be vast buildings at 15mm :).

The starter scenario will be the one that started it all off for me - 'Assault on Bunker 17'. This map, when blown up, becomes A0 - poster sized, and filling the centre of a 6'x4' table nicely. 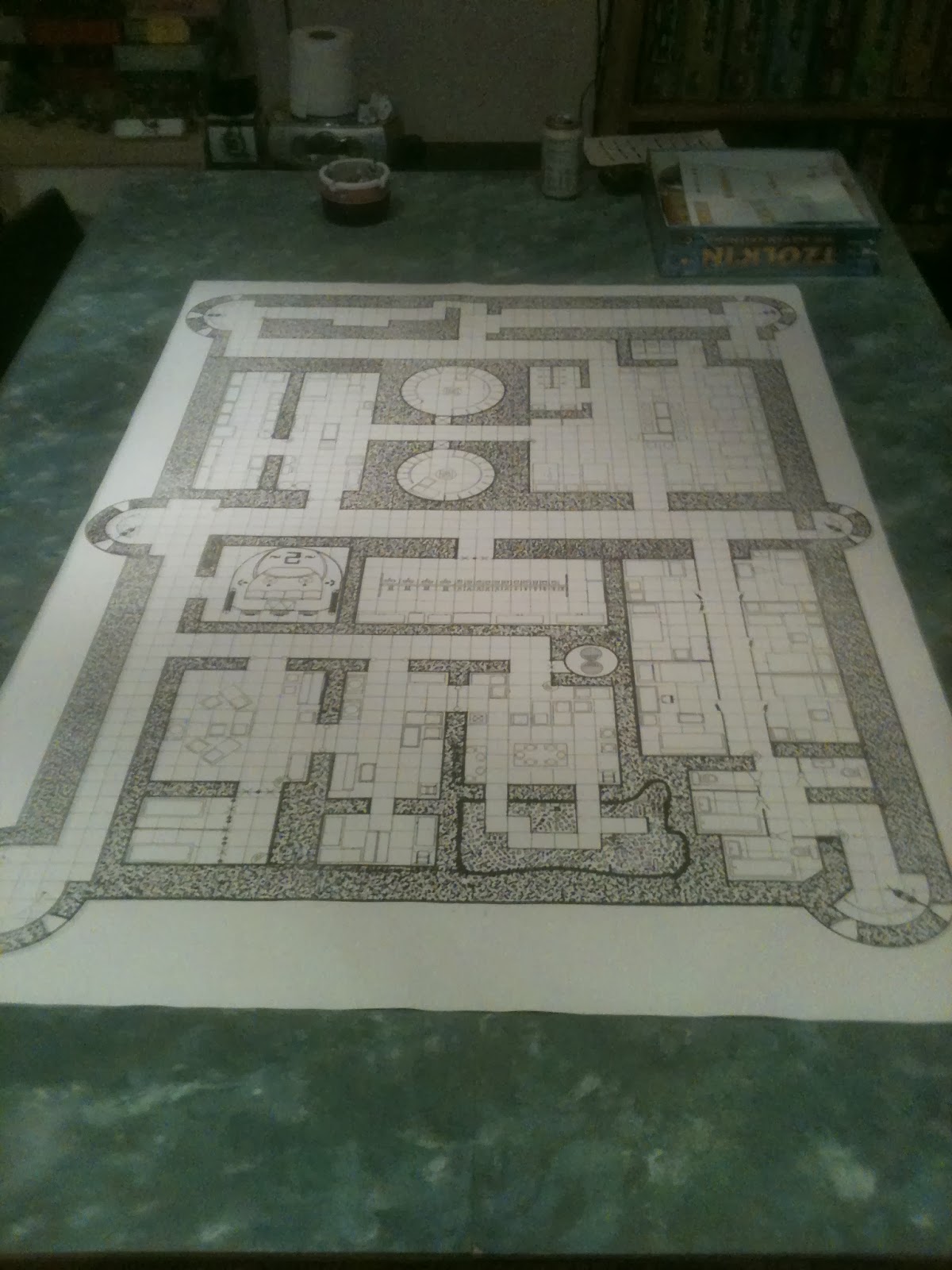 I have a desk full of miniatures, and I have completed quite a bit of work on them, so here's a preview; 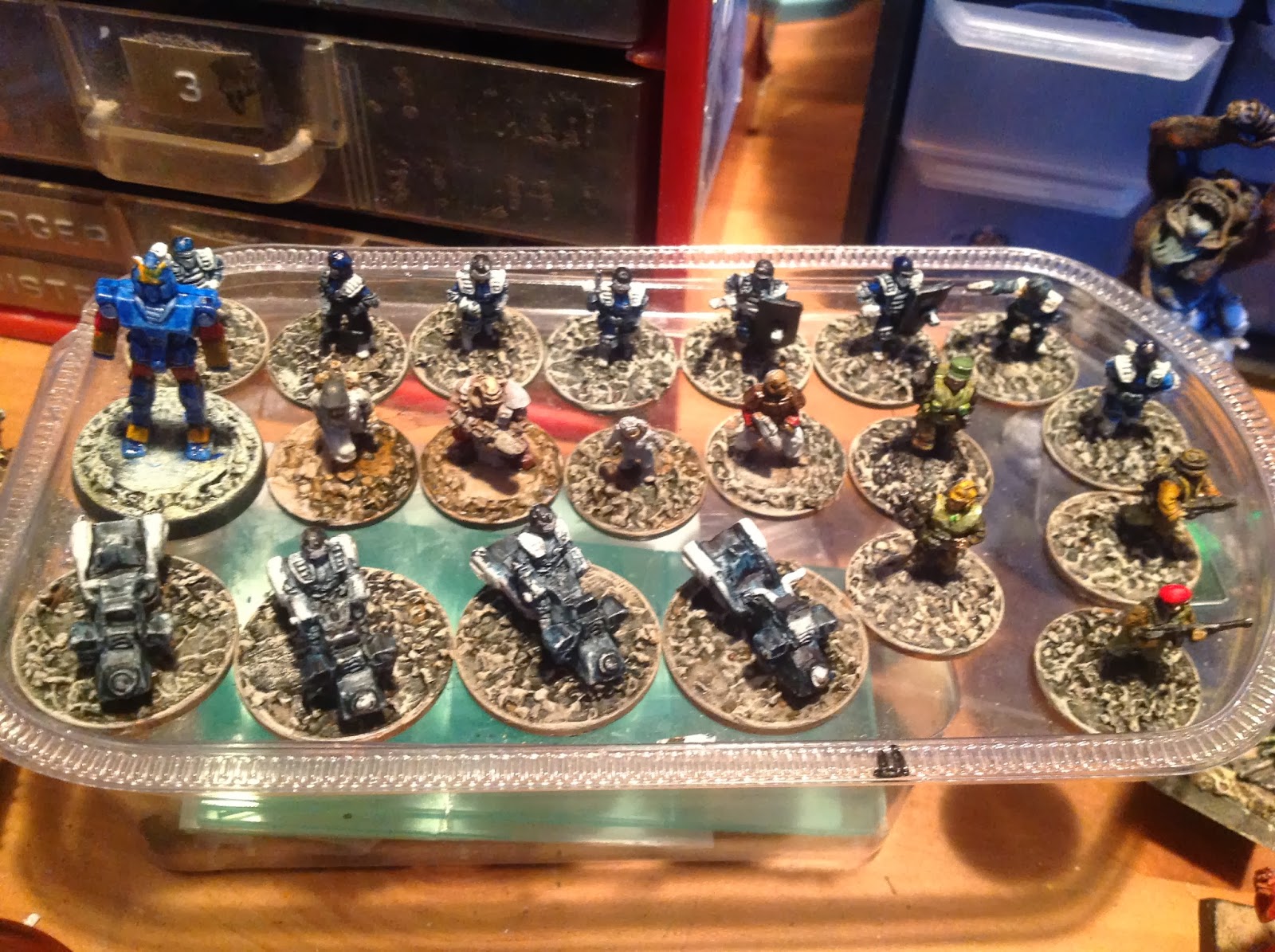 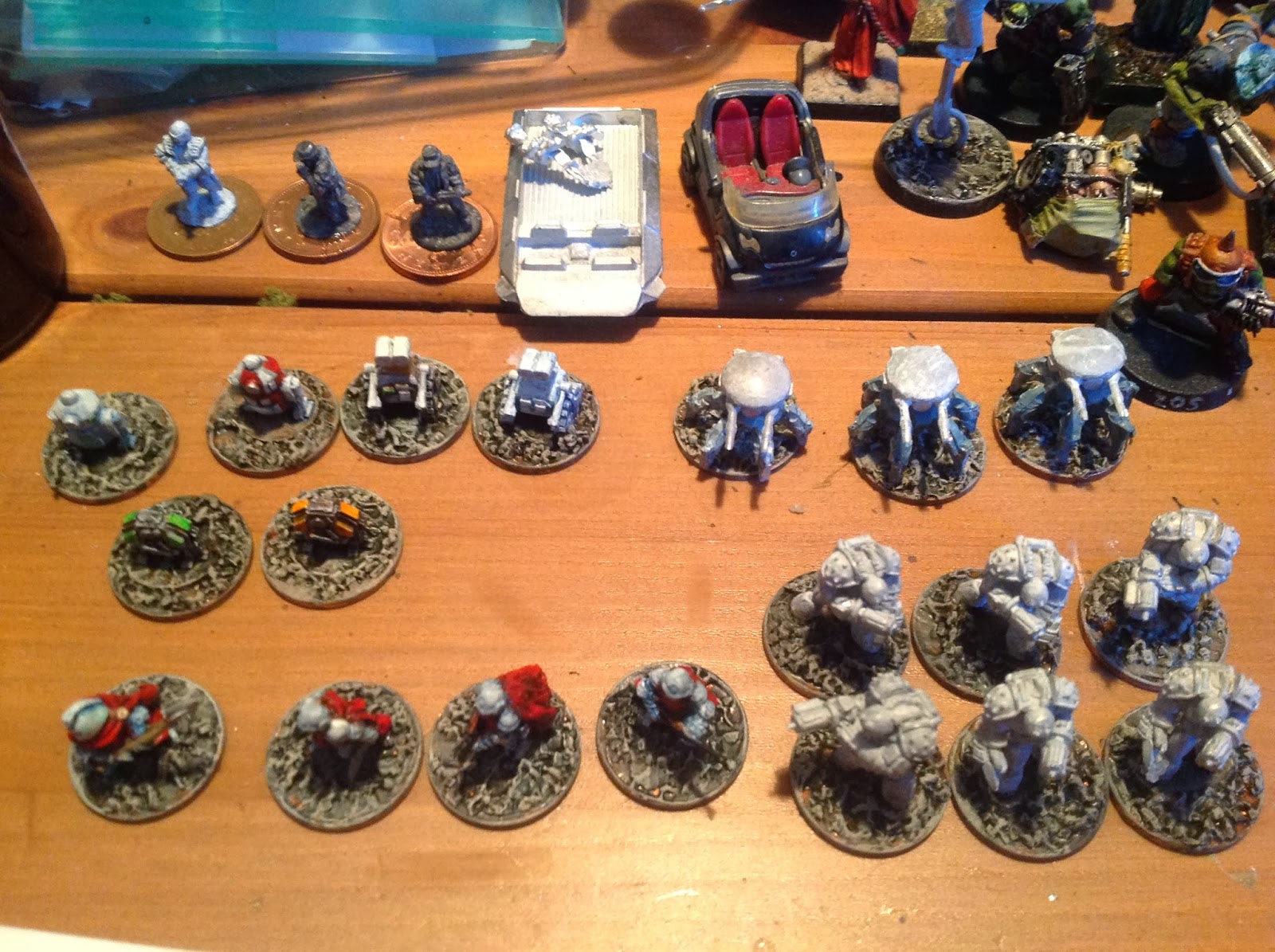 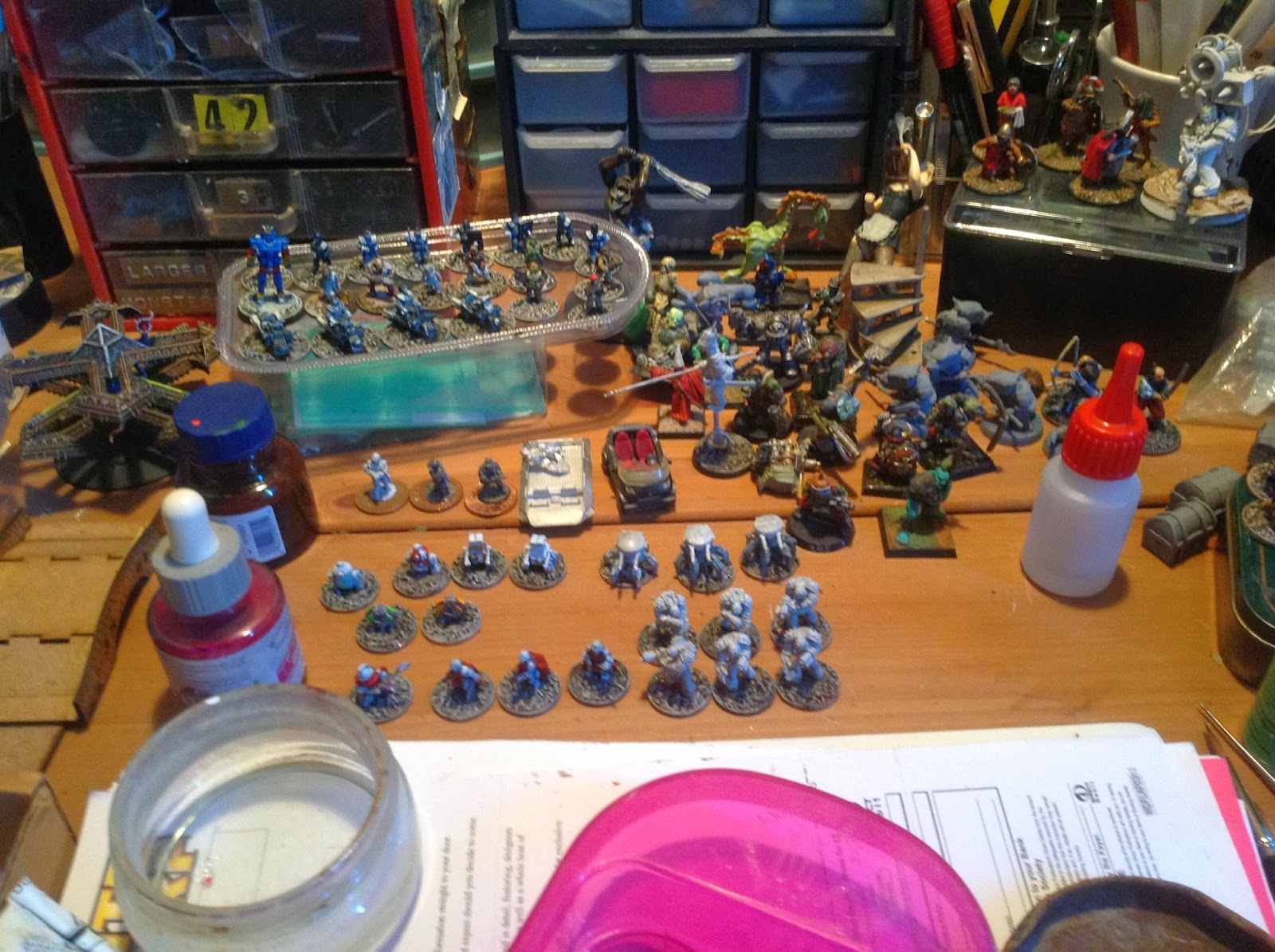