A gift from an old friend, this lovely miniature is several years old, though can still be purchased from Brigade Models and other outlets. 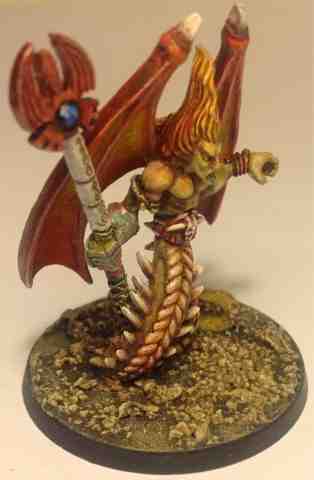 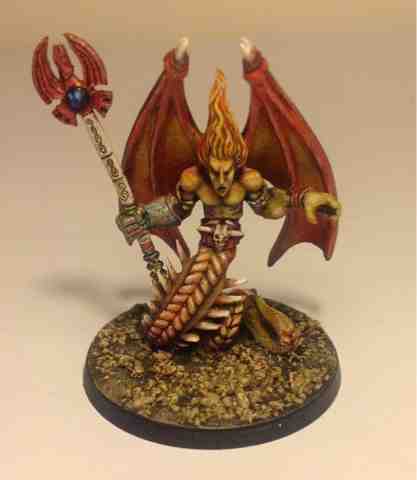 So the story goes that the Black Wolf is stolen secret technology of the Russians, and other very Red-Octoberish plot details. What better misdirection than painting it a different colour?
Therefore my Black Wolf is green. See what you think.


The base colour was Secret Weapon washes' 'Baby Poop', with Vallejo 'Smokey Ink' as the main complimentary colour. The hazard decals are from veni vidi vici, the skull from an old Macross 'Roy Fokker Special' kit :)
Posted by Unknown at 20:24 No comments:

First up, my Callimachus Orb. The 'lighting' was done with successive dry brushes of white and either the fluoro green or blue. The highlights on the waves are done with a white POSCA marker. I use a 0.05 or 0.03 liner for recess darkness.

This is my activated Orb. Slice of Perspex rod does the trick...

Also finished is my Drone Carrier. Here it is.

To celebrate its completion, I finally undertook the semi-tedious job of making my tiny flyer drones look half-way decent. Roundels from Dom's Decals, as now displayed on all vessels.

A few shots of my older stuff I took at the same time.

Further additions to the fleet...

I wanted a spectacular table piece to bring Armour to our naval battles in Dystopian Wars, so I decided to make a base for my covenant forces. As I had the basis of some mountains in the form of some packaging, I collected together various snow powders, ice blue paint, and a bag of mod-roc. Here we go... 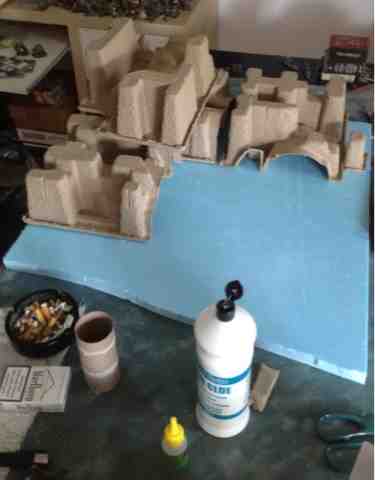 I started with a big bottle of PVA and the aforementioned packaging, plus a nice 2' x 2' (roughly) piece of blue foam to base it all on. Let gluing commence! 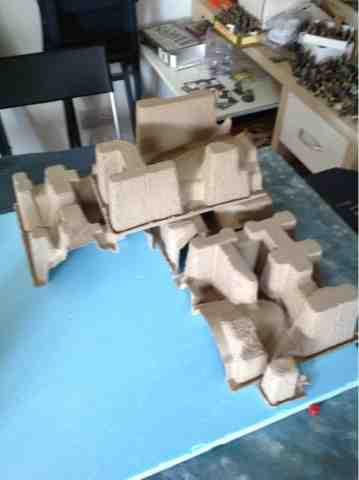 Once the first layer was down, the more mountainous areas. 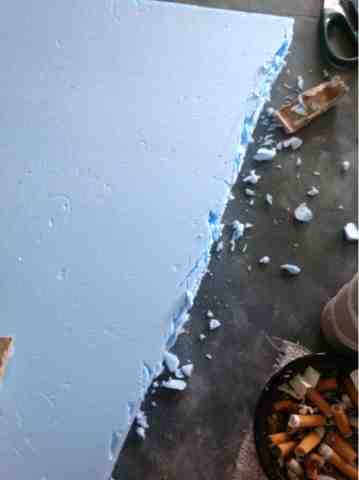 I picked away at the edges with a scalpel to try to make it look more natural. 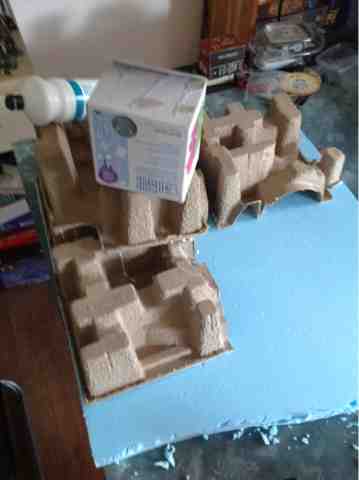 Cardboard box full of cat litter holding down the top layer to ensure a firm bond. 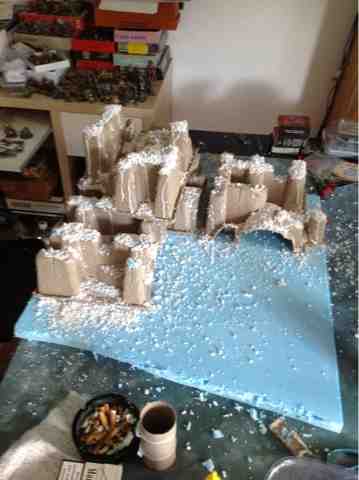 Aforementioned cat litter sprinkled on liberally applied PVA (with a bit of water for covering power. My reasoning was twofold - a) the litter would make the flat tops more uneven, and b) as the mod-roc is soaked in water to activate it and it's being applied to cardboard, I thought it might alleviate some sogginess. 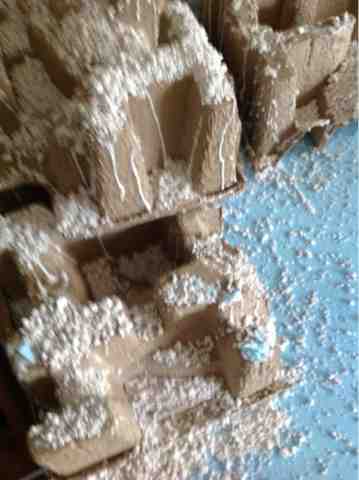 I chucked any other uneven bits on there too 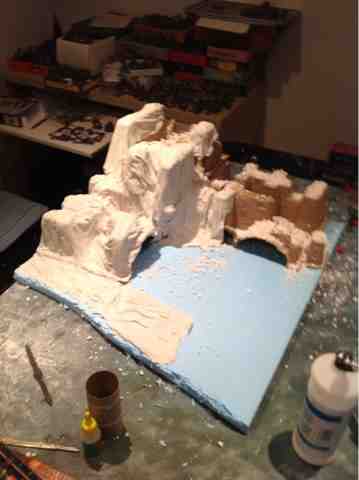 So here's the first layer of mod-roc being applied. This is the same stuff as a nurse would use to plaster your arm. Dip in water, and then lay on. 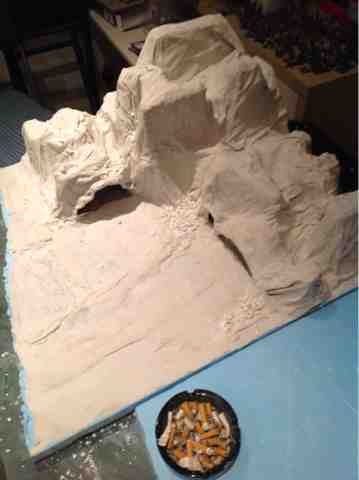 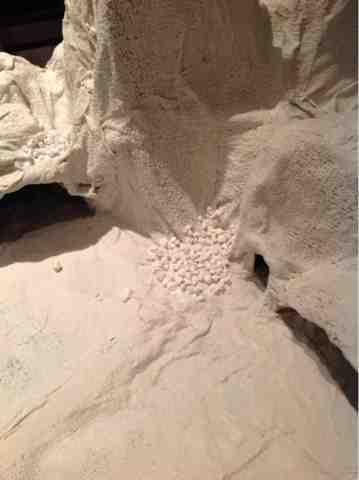 The hangar entrance. Gives it a nice 'Captain Nemo' feel, I think. 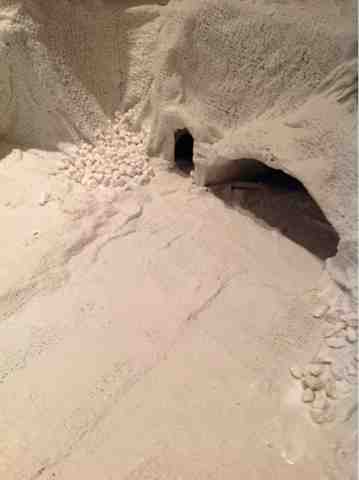 Main entrance. I smoothed down the area in front as it would be used extensively. 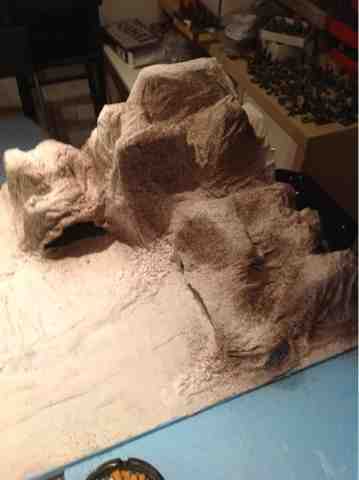 I kept layering it until I was happy 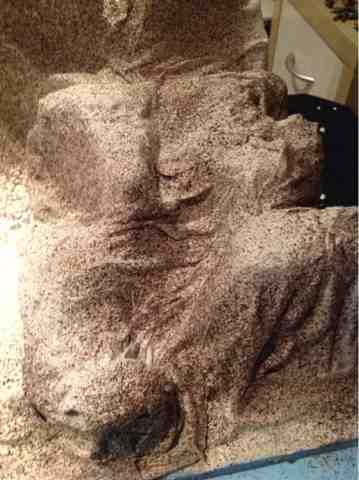 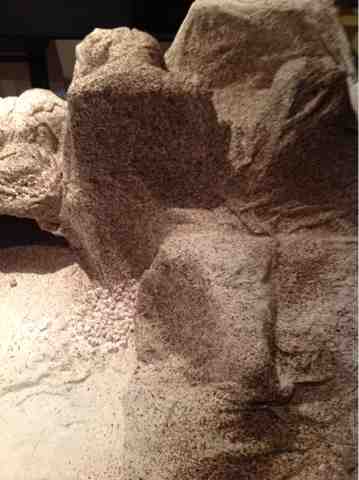 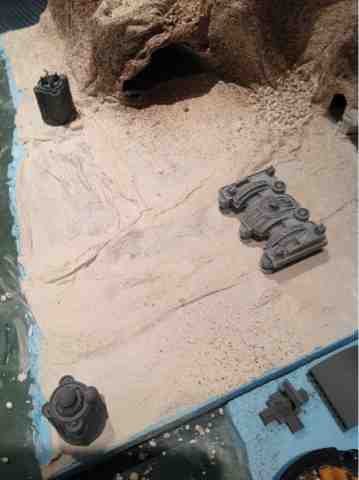 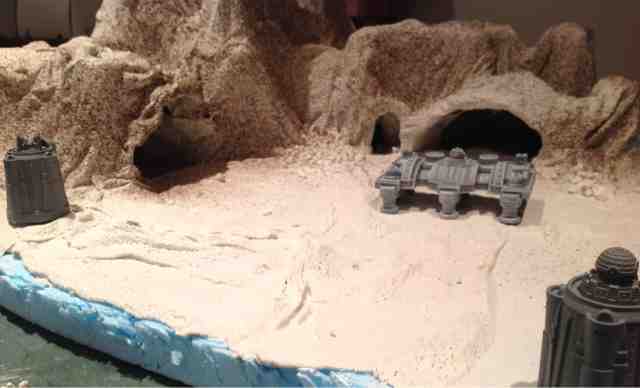 I  popped some covenant buildings on for scale. I'm going to be using these and some firestorm armada bits to make a city. 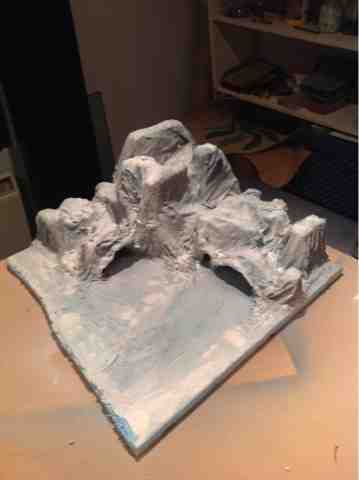 Some more work with spray blues and greys, white spray highlights, then various snow powders and pigments added for detail. It's looking ok, but it needs a companion board (so that it covers 1/3 of a 6x4 table, a harbour and docks in the middle, and a city built around it. Quite a lot more to do on it, I'll add pictures as it jostles with the umpteen other projects I have going.
Posted by Unknown at 14:00 1 comment:

These have been done for a while actually.

They are, as with all the Spartan stuff, pretty easy to paint. 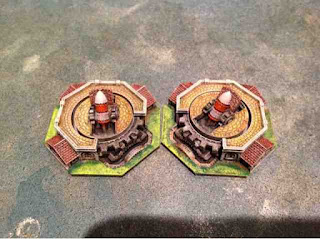 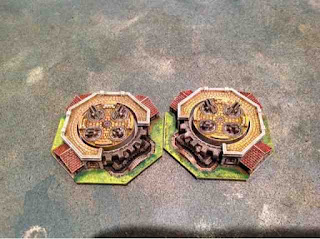 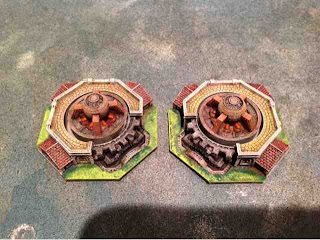 Or with a generator.